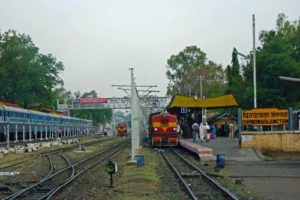 Chhindwara is an urban agglomeration and a Municipal Corporation in Chhindwara district in the Indian state of Madhya Pradesh. It is the administrative headquarters of Chhindwara District. Chhindwara is reachable by rail or road from adjacent cities Nagpur and Jabalpur. The nearest airport is in Nagpur (130 km); a small airport (air-strip) is available at Chhindwara for landing charter aeroplanes/helicopters. The population of the district is 2,090,306; most of them are tribals with a growth rate of 13%, a sex ratio of .966 male/female. The literacy rate is 81.46%.[1] The town itself has population of 234,784,with 89% literacy rate. 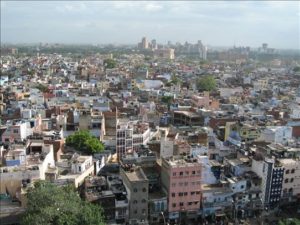 It was believed that Chhindwara District was full of “Chhind” (date palm or khajoor) trees many years ago, and the place was named “Chhind”-“Wada” (wada means place). There is another story that because of the population of lions (called “sinh” in Hindi), it was considered that making entry into this district is akin to entering the lions’ den. Hence it was called “Sinh Dwara” (means through the entrance of lion). In due course it became “Chhindwara”.

It is said that one Ratan Raghuwanshi, who came from Ayodhya and killed the Gaoli chief of this region, founded Chhindwara. Then he let loose a goat and on the place where it lay down built a house, burying the goat alive under its foundations. A platform was erected afterward on the spot. It is worshiped as the tutelary deity of the town. There is a ruined mud fort at Chhindwara, within which there is an old stone house, supposed to have been that of Ratan Raghuwanshi. A military force was stationed at Chhindwara before the Great Revolt of 1857-58. For a short period the house was used as a sanatorium for the Kamptee garrison.

The Gole Gunj market of the city, with its two large gateways (known today as Kamania Gate), was built by Captain Montgomery, who administrated the district as a regent of Richard Jenkins (1818–1830). The municipality of Chhindwara was founded in 1867. 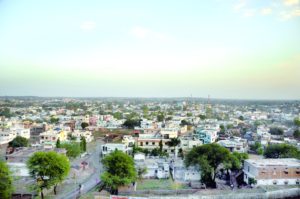 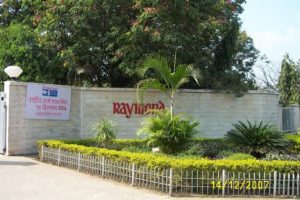 Chhindwara is the most rapidly developing city in Madhya Pradesh. Chhindwara is home to brands like Raymond’s & Hindustan Unilever. The city has rich market areas such as Mansarover Complex, Fawwara Chowk, Nagpur Road, Gole Gunj & Gandhi Gunj. Looking the spending capability of the local population all major automobile brands have made their presence in the city. Apart from this Parasia area is known for its coal fields and majority of population in this region is associated with Western Coalfields Limited for their employment..